Ok, thanks for the feedback!
Yeah, magnet config for custom designed overlays would be great…
I’m also crossing fingers for an official 4th row layout like this.
And in the meantime, I’m going to play expressive synthesizers

This looks very interesting. I’ve been experimenting with 3d printing overlays using TPU filament on an Ender 3. Unfortunately the print area is a bit smaller than the Morph surface

Here’s an example. I use 5mm x 4mm magnets with blind holes to the base which is 2 x 0.2mm layers for a total of 0.4mm printed on a glass plate to get a mirror-smooth backing.

I can only mount with three magnets because adding a fourth causes the automatic overlay detection to trigger and the Morph then doesn’t recognise the inventory’s overlay. So I found a couple of strips of 0.5mm thick thermal silicone sheet underneath at the top gets the overlay to stick nicely

It’s about as flexible as standard silicone sheet and you get a nice textured top surface. A larger printer like the CR10 would easily print full-sized overlays of course.

Wow I can’t believe it!! I love you @ybr. I have been dreaming of this since the year 2014 as can be seen in this article I even wrote back at that time.
http://tactilemusicpad.surething.biz/2014/01/the-beginning-of-new-musical-instrument.html. At that time sensel.com didn’t even exist and I was looking at what was needed to create a touch pad device like the now available sensel morph just so I could create something like the linnstrument that I saw to be the future of how musical instruments should be. As you might see I never got as far as the dream at that time with my limited resources. But when I saw the sensel morph released I knew I had to have one that I might continue my dream. And now YOU @ybr have gone the next step to simulate the linnstrument. I just want to thank you and the sensel team in bringing my dreams to a reality if not at least close. I only wish you did is a bit sooner but better now than never. So I just want to show my interest and hope that the sensel team goes on to support this project with an added overlay at some point. I will put in some of my time to play with my new toy with what I already now have and try to feedback any input if I have anything to add. There are also a few other instruments like the linnstrument that at some point we might like to try simulate but for those we should start another thread. To other members who have not already commented in this forum, I suggest you just add your nod of support to this or any other 3rd party development you see as creative and constructive like this one to help motivate it to move to next level. OK Keep up the good work you all and THANKS again. If you ever come to Pattaya Thailand I’ll glad to buy you a beer in my appreciation.

an official linnstrument-style/4th strings isomorphic layout overlay would be a dream come true for me, making my own as a cheaper alternative to the linnstrument was the main reason why im interested in the morph, so i’d definitely be interested in an official overlay in the future

Hey, just wondering if this type of grid layout allows for both bi-polar and uni-polar Y-axis modulation. And also if it is relative as opposed to absolute. On the linnstrument I found that bi-polar up/down modulation is a bit too sensitive, however uni-polar works well because you have the downwards are as a non modulation safety zone (because it’s relative from where you first touched it). So to not modulate you just make sure to keep it at or below where you first strike and then can modulate positively upwards (like a modwheel).
Can the sensel do that in this layout? Thannks in advance!

Yes, both possible, there is a “recenter cc” option as well as absolute/relative toggles for x and y individually.

Cool, so you can have relative and uni-polar? So wherever you first strike gives a 0 value for cc74 and it only increases upwards?

Not checking “absolute” (thus: relative) and not checking “recenter cc” should give you this effect if you then only move your finger from left to right or down to up. So it’s not really uni-polar in that regard, if you move the finger in the opposite direction then the value decreases again.
I thought with bi-polar you meant that it decreases when touching left from the center and increases when touching right from it (it doesn’t, afaik in relative mode only the moving direction is important, not the initial touch point)

Seems I could only upload my modified senselmap. I guess I’ll try link the paper overlay pdf file in some other way later. Ask me if anyone really needs it.

I created this google drive directory that I put all the files I am now playing with for this project:
https://drive.google.com/drive/folders/1TsvPq96RlNkGpIVSmhjChqlHmZOI6Wle?usp=sharing

also I got a neoprene 1mm thick mouse pad at a local store here for $0.60 (20 baht thai money) that I made into an overlay as a prototype. It feels real good to have some touch feedback now and my fingers slide on it very nice. it’s a little different and will take some getting used to. Also the material was just a bit short on one side so I had to splice it at one end that make not so good for sliding across on the right side but good enough to experment with. At this point I’ve only spent about 10 minutes play time on it so I’ll update how it goes on the long run.

I just happened to find that I have a USB normal to mini adapter sitting in my drawer that will allow me to plug the sensel morph directly into my android phone port. Didn’t even know I had one around. I had attempted to get Bluetooth midi to work with the sensel morph but failed and I note others have been having similar problems with it on several platforms on sensel.com forum so I’ll have to wait for them (Sensel) to fix that at some point. But after just a few minutes it looks the USB midi works right out of the box, at least I see midi data from the morph’s 12x6 template on the phone using some test software called midiscope https://play.google.com/store/apps/details?id=com.mobileer.example.midiscope. So next is to see if I can find a synth that it can drive. This synth also works but not very good sound and not MPE https://play.google.com/store/apps/details?id=com.mobileer.midisynthexample. But now we know there is hope.

OK I finally found it the DRC synth https://play.google.com/store/apps/details?id=com.imaginando.drc. It seems to be fully supporting the MPE mode out of the morph in linnstrument mode with the USB interface. The first default sound made no sound so I didn’t think it worked but tried a few others using it’s internal keyboard to test it and finally found it was working with another sound patch. So I will have to spend some time on this one but today my phones battery is dead and I need some sleep so there is always tomaro.

Ok sleeps over and time to play. I found the first patch I plan to be playing with on the DRC synth called “Sabatage” using the 12x6 Linnstrument/MPE Grid. From here it’s just a mater of a few hours of play to see how stable this app is and how long my phone will run on a single charge with the Morph running off of it. Stay tuned for updates. Oh yes and I did purchasing this app as to me it’s worth it for about $10.

Nice work, at which locations do you place the magnets? At the round or square magnet positions of the innovrators overlay? I would like to try this as well, magnets for fastening and automatically let it select the innovators overlay because it thinks there is no overlay on it.

I was able to make a 12x6 overlay with a Cricut machine. The first try turned out a bit messy, but I am confident I can perfect it with another go. More info in the Making Overlays with Cricut topic.

Are you sure about this cc71 issue on Surge? I’ve been involved with Surge Synth for over a year now, mostly contributing on the Linux side of things. I ran this by the team on our Slack channel and the response was that MPE uses cc 74.

Apparently there is no setting for Timbre MIDI CC, it’s just 74.

Could it be that you are confusing things with the 8 macros?

Could you open a ticket on GitHub?

Thanks!!! Does anyone have the template in the form that is needed to upload to PONOKO ?

It is true, I’ve just tested it, as Timbre was not working for me. After I set it to cc71, it works. Here’s from the Surge manual:

Would be nice if they followed the convention of using cc 74. Thanks

nice job. i am using your template as a starting point and plan to use 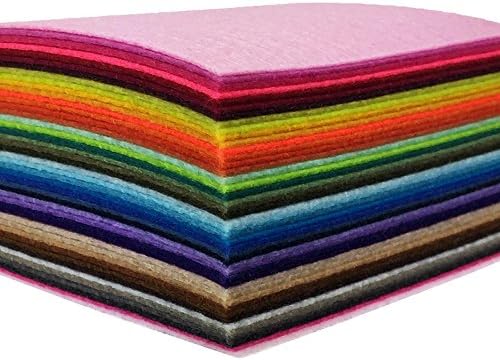 colors are modified from 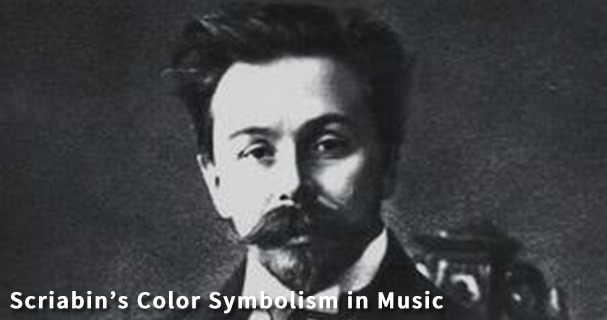 In my last article I discussed Čiurlionis’ genius, single-handedly introducing Symbolism to his native Lithuania. Alexander Scriabin (1872-1915) in contrast, lived and worked within well-established artistic traditions in Russia, in which the various...

Just got mine today, and this thread is what sold me on the Morph. I was hesitant, and had low expectations, but I uploaded the patch at the start of this thread, cut a piece of paper, measured and drew a grid, slapped it in the innovator’s overlay, and had instant success (using Pigments). It works incredibly! I have to believe Sensel is gonna release an overlay like this! In the meantime, I’ll keep enjoying my hand drawn one and thanks to the original poster inspiring and sharing.

Nice!!! Really happy to hear that, Mike. Welcome aboard!